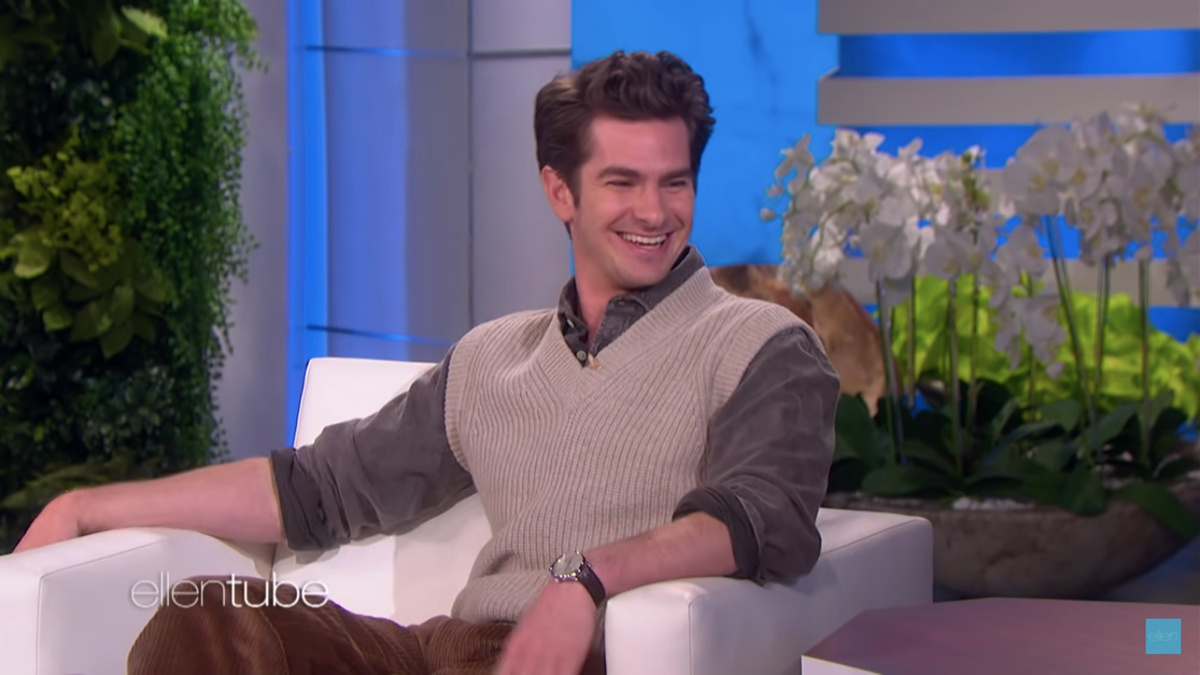 tick, tick…BOOM!‘s Andrew Garfield Was on the Phone with Lin-Manuel Miranda When He Won the Golden Globe

Between his performances in The Eyes of Tammy Faye, Spider-Man: No Way Home and tick, tick…BOOM!, Andrew Garfield is having quite a year. The Tony winner appeared on The Ellen DeGeneres Show to talk about his recent Golden Globe win for starring in the Lin-Manuel Miranda-helmed film adaptation of the Jonathan Larson biomusical. Garfield was talking to Miranda when he won the award. “I was on the phone with my director Lin-Manuel Miranda, who we all love and know,” he said. “I started getting some text messages and briefly glanced at my phone. I said, ‘Lin—I won the Golden Globe.’ He said, ‘Oh, that’s great, buddy!’ Twenty-four hours later, I sent him a voice note semi-sobbing saying, ‘If you had told me three or four years ago that I would be in a musical not only directed by my musical theater hero singing and playing piano, but that it would be seen by so many people and would be touching so many people and then people giving you things and saying ‘Well done’ for it, I would have called you a liar to your face. I would have slapped you with a fish, and I would have been very upset with you for lying to me.’ I’m just very deeply moved and touched that I get to be a part of this film.” Watch the interview below.