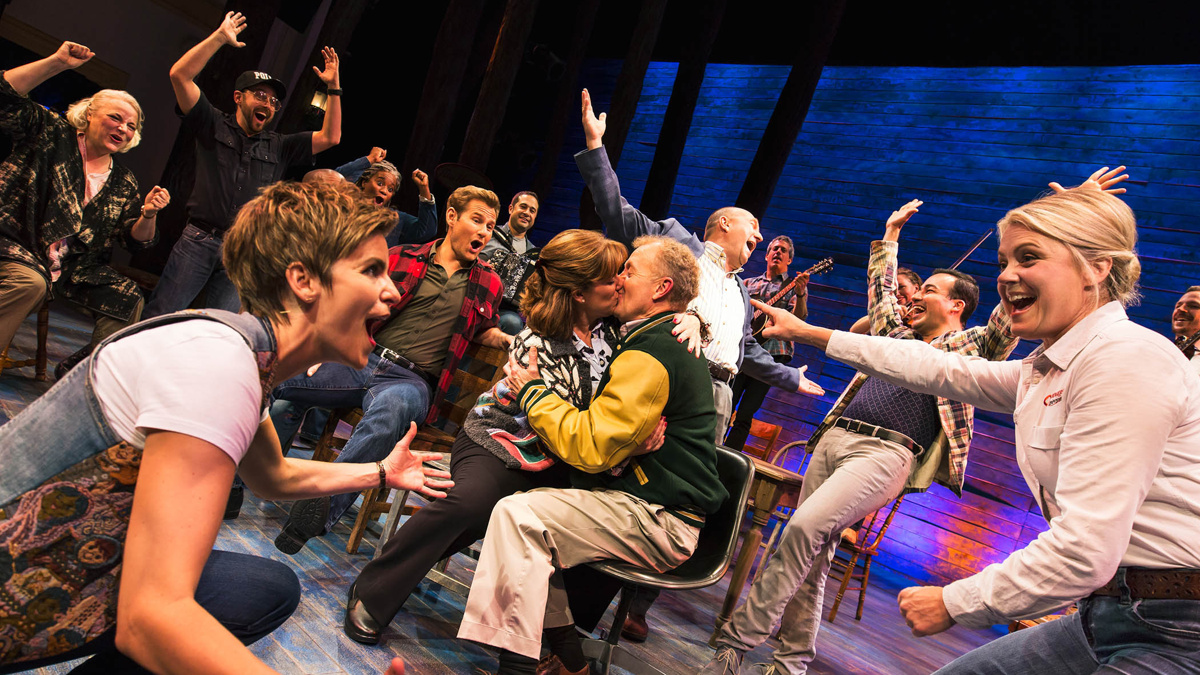 Filmed Stage Production of Come From Away Heading to Apple TV+

The previously announced filmed stage production of Broadway’s Come From Away will be distributed by Apple Original Films, with an expected premiere on Apple TV+. Entertainment One (eOne) will produce and finance the live filming of the musical that is to be released this September. Filming will take place in May at the Gerald Schoenfeld Theatre, home of the Broadway production. Due to COVID-19, Broadway performances have been suspended since March 12, 2020, the eve of the musical’s third anniversary.

The filmed production will feature cast members from the Broadway show and also employ over 200 members of the Broadway crew, staff and creative teams. Complete casting will be announced at a later date.

The show’s Tony-winning director Christopher Ashley is set to return to the helm for the project. He most recently directed the filmed version of the stage musical Diana for Netflix. The film will also feature musical staging by the show’s Tony-nominated choreographer Kelly Devine as well as music supervision by Ian Eisendrath.

RadicalMedia will film the production, as they did for Hamilton for Disney+ and David Byrne’s American Utopia for HBO.

Featuring a book and score by Irene Sankoff and David Hein, Come From Away is based on the true story of when the isolated community of Gander, Newfoundland played host to the world. What started as an average day in a small town turned in to an international sleepover when 38 planes, carrying thousands of people from across the globe, were diverted to Gander’s airstrip on September 11, 2001. Undaunted by culture clashes and language barriers, the people of Gander cheered the stranded travelers with music, an open bar, and the recognition that we’re all part of a global family.