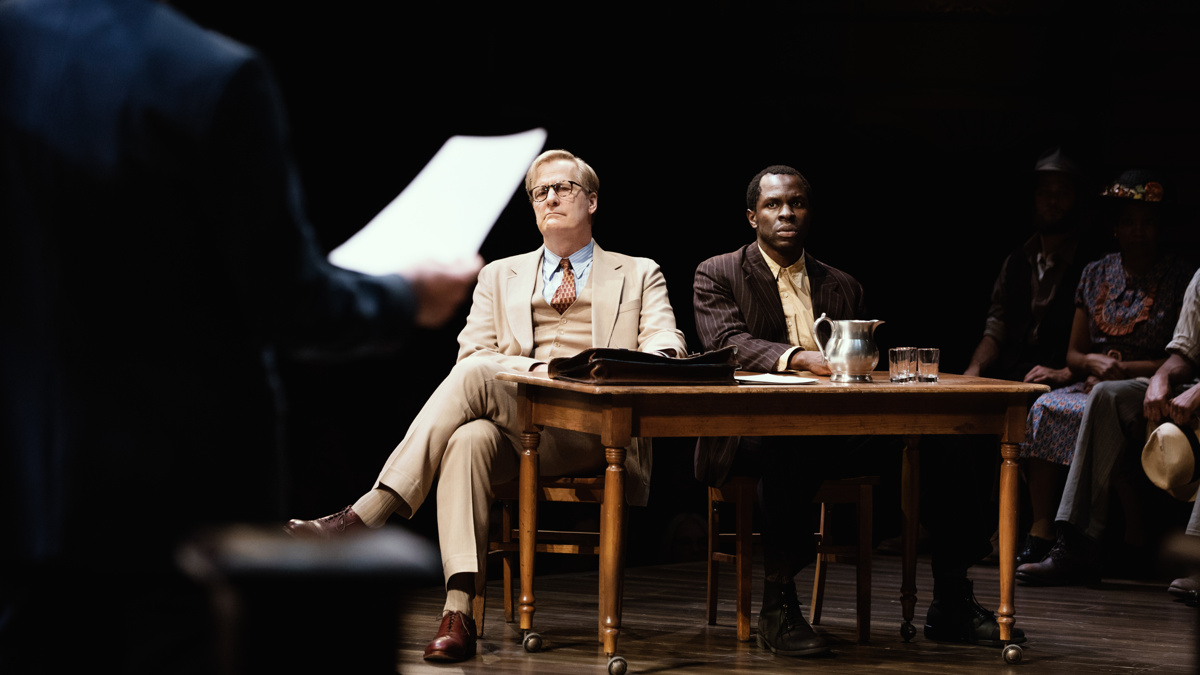 To Kill a Mockingbird will resume Broadway performances on October 5. When it does, Jeff Daniels will step back into the role of Atticus Finch. Emmy-winning host Tamsen Fadal spoke with him about returning to the play in the latest episode of The Broadway Show. “I’m excited to come back. I was surprised. I thought I was done,” he said. “Doing Atticus for a year—I just didn’t think I would ever top that, and I wasn’t interested in trying.”

Daniels had a condition regarding his return to Mockingbird. “They called in June and just said, ‘What will it take?'” he said. “I said, ‘Well, one thing is I need Celia [Keenan-Bolger].'” Keenan-Bolger won a 2019 Tony Award for her performance as Scout alongside Daniels in the show. “We’ve got some new people coming in that have never been in it, that have never felt that Mockingbird thing. It’s a race horse written by Aaron Sorkin. I’m excited to see those people fold into it and rise up to where Celia and I know where it has to be. They will. This could be a real exciting production. I’m thrilled that Celia is back with me.”

Daniels is excited to share the message of Mockingbird as curtains rise once more. “When I stood on that stage, as I will again, and turn to the audience at the last third of that closing argument and treat them like the jury, no one moved,” he said. “That’s the power of Harper [Lee]’s book and the power of Aaron’s play.”

Watch the full interview below, and head here to check your local listings for The Broadway Show. Hosted by Fadal and powered by Broadway.com, it is the only nationally syndicated weekly theater news program.