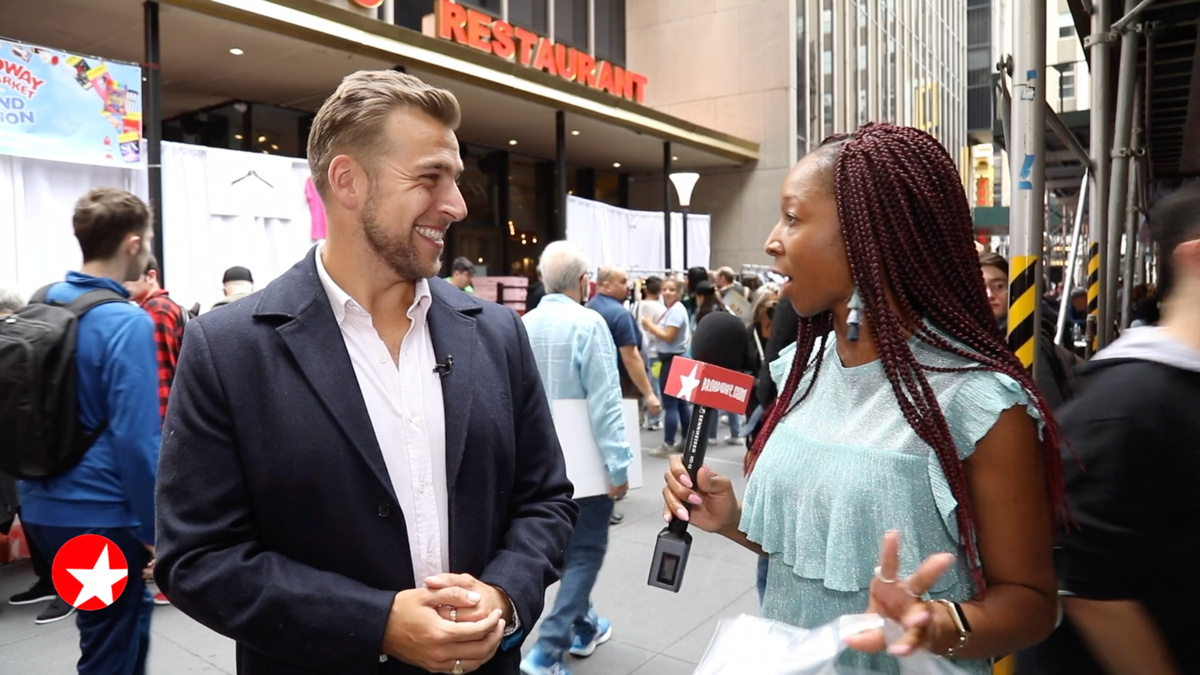 Every year Broadway shows head to Shubert Alley to offer treasures, at the Broadway Flea Market and Grand Auction. The annual event, which began in 1987, is produced by and benefits Broadway Cares/Equity Fights AIDS. This year’s installment raised a whopping $1,043,825. On the latest episode of The Broadway Show with Tamsen Fadal, set to air in New York City on October 2 at 4:30PM ET on WPIX, correspondent Perry Sook offers an inside look at the event.

Get a sneak peek at the segment below, and head here to check your local listings for The Broadway Show. Hosted by Emmy-winning anchor Tamsen Fadal, it is the only nationally syndicated weekly theater news program.