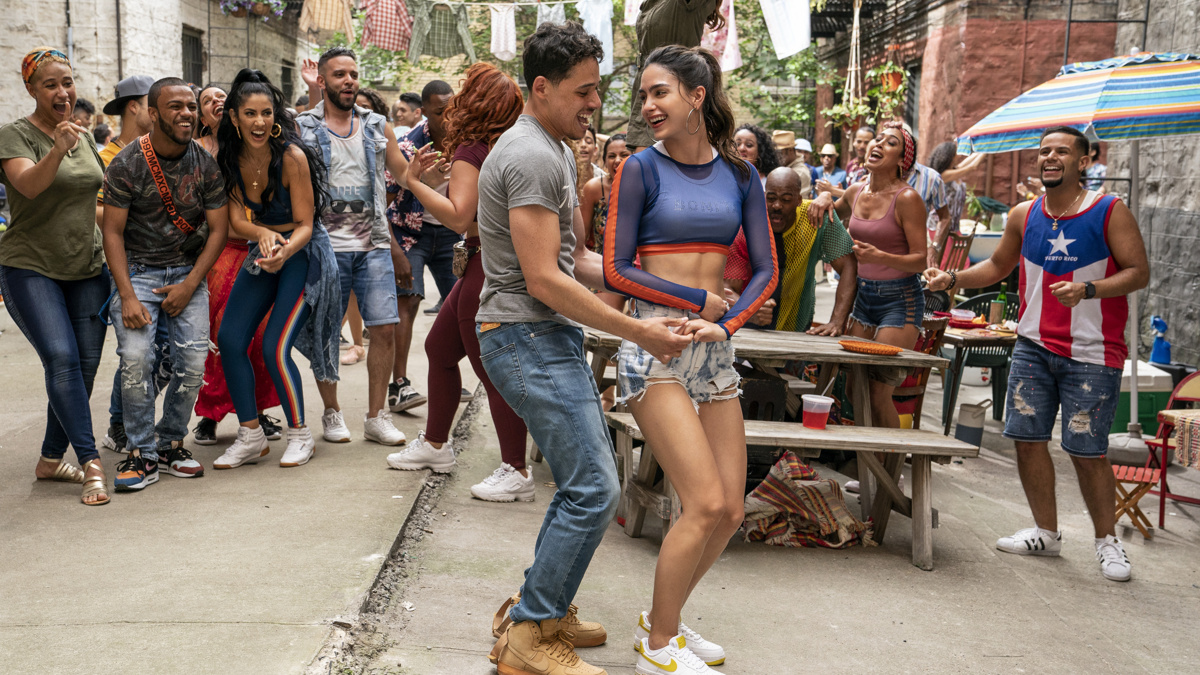 In the Heights Will Open the 2021 Tribeca Film Festival

It’s almost time for the lights to go up on In the Heights, the highly-anticipated movie adaptation of the Tony-winning musical of the same name by Lin-Manuel Miranda and Quiara Alegría Hudes. Set to release both in theater and HBO Max on June 11, In the Heights will now open the 2021 Tribeca Film Festival.

The acclaimed festival will kick-off with a screening of In the Heights on June 9 at the United Palace Theater in Washington Heights. While the premiere is happening at the indoor theater, there will also be screenings happening simultaneously across all five boroughs in open-air venues, marking a first for the festival.

“We are proud to feature this film as Opening Night, where it can debut in its hometown in celebration of its New York roots and the Latinx community,” said Tribeca Film Festival co-founder Jane Rosenthal in a statement.

Directed by Jon M. Chu, In the Heights follows a Washington Heights bodega owner named Usnavi and the trials and celebrations of the neighborhood of friends who surround him.

The musical opened on Broadway in 2008, netting Tony Awards for Miranda’s score, Alex Lacamoire and Bill Sherman’s orchestrations, Andy Blankenbuehler’s choreography and for Best Musical. The show was also a finalist for the Pulitzer Prize for Drama.

As previously reported, Hamilton alum Anthony Ramos stars in the film as Usnavi, the role Miranda originated on Broadway.

Get ready for the release by watching the trailer below!