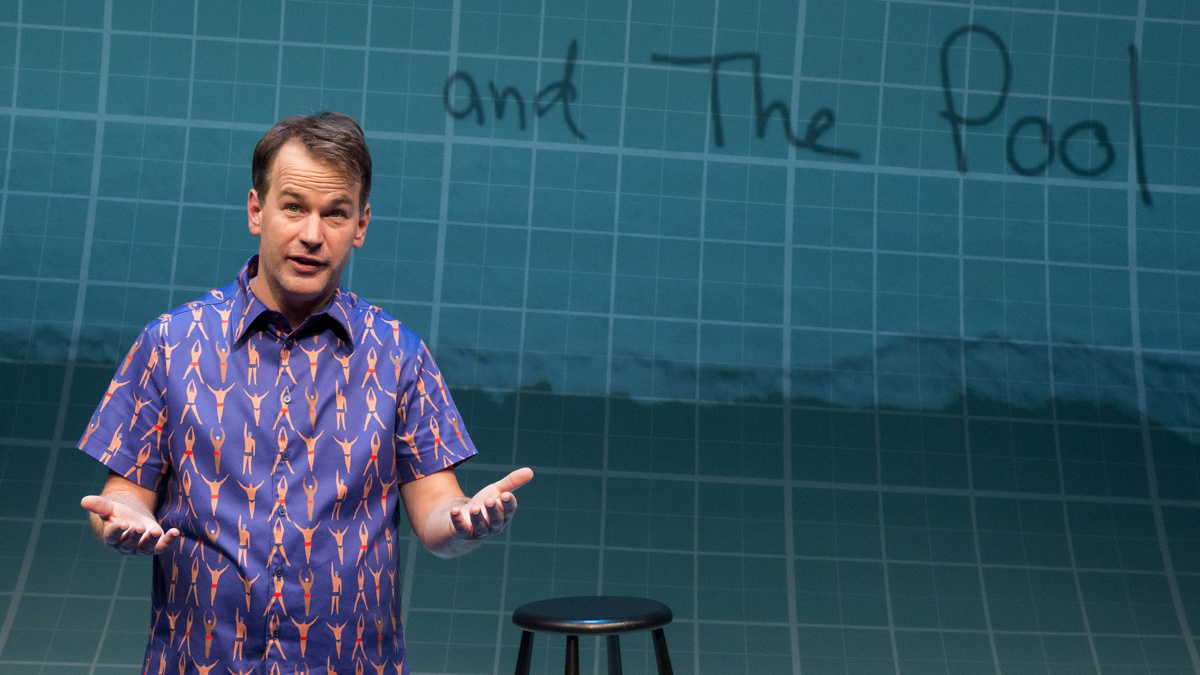 Mike Birbiglia‘s new solo show The Old Man and the Pool is now on Broadway.The comedy, directed by Seth Barrish, begins performances at Lincoln Center Theater’s Vivian Beaumont Theatre on October 28 and opens on November 13. It will play a limited engagement through December 30.

The Old Man and the Pool is a coming-of-middle-age story about when life takes a dive—into a highly chlorinated YMCA pool. Like all of Birbiglia’s shows, it blends absurd jokes and surprising stories. It’s a rumination on middle age that celebrates life while making detours into pizza math, pulmonary tests and glass jars of peanut M&M’s.

Birbiglia is a comedian, storyteller, director and actor who has performed in front of audiences worldwide–from the Sydney Opera House to Carnegie Hall. He made his Broadway debut with his solo show The New One in 2018. His off-Broadway shows, My Girlfriend’s Boyfriend and Thank God for Jokes, were both filmed for Netflix. Birbiglia was recently seen in Taylor Swift’s “Anti-Hero” music video.

Mike Birbiglia: The Old Man and the Pool was originally produced by Center Theatre Group and made its world premiere at the Mark Taper Forum in Los Angeles following a developmental run at Steppenwolf Theatre in Chicago.