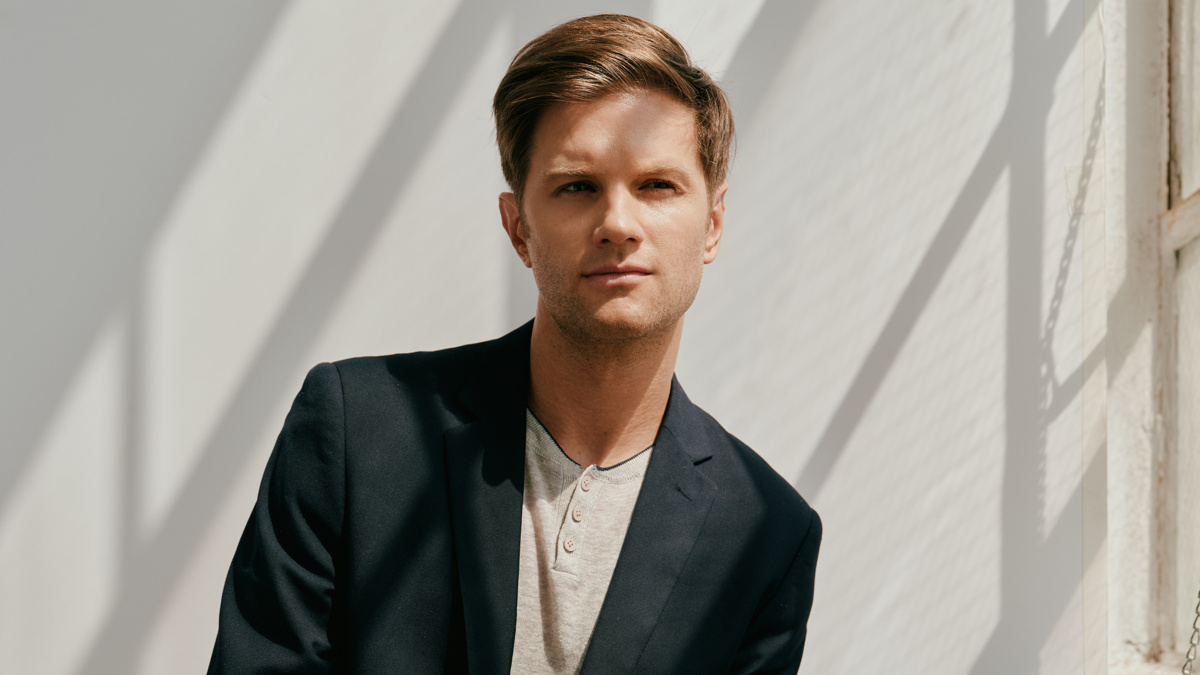 Broadway’s biggest night is just days away, and The Broadway Show with Tamsen Fadal is celebrating first-time Tony nominees. Broadway.com Editor-in-Chief Paul Wontorek sat down with Girl From the North Country‘s Jeannette Bayardelle, The Skin of Our Teeth’s Gabby Beans, POTUS‘  Rachel Dratch, MJ‘s Myles Frost and Take Me Out‘s Michael Oberholtzer. Here’s a sneak peek of this special episode!

Michael Oberholtzer, who is Tony-nominated for his portrayal of Shane Mungitt in the revival of Richard Greenberg’s Take Me Out, was surprised by the response to his nomination. “One of the things that they don’t tell you when you get nominated for something like a Tony is that your phone will just not stop ringing for 24 hours,” Oberholtzer said. “So many people reached out to me that didn’t even know I was an actor. It was bizarre. And then there are people that are more immediate to me who know what this journey has been like. They know that this is not an overnight success. My wife does self tapes with me at three in the morning. The woman is just incredible. Listen, you need a lot of support. I don’t take it for granted. There were many times, in the last two years in particular, where I was on the phone with my father and I was like, ‘I don’t know if I’m on the verge of a breakdown or a breakthrough.’ It feels like that.”

Oberholtzer’s journey to his Tony nomination started at Radio City Music Hall, when he attended the ceremony to support 2015’s Hand to God, in which he made his Broadway debut. “When I was in Hand to God, we went to Radio City [for the Tony Awards],” he said. “We were walking to our seats and I saw [director] Scott Ellis. I said to my wife, ‘That’s Scott Ellis. I want to work with him one day.’ Shortly after that moment, he called me about doing a reading of this play. That was seven years ago. Scott and I have been attached to this in its many different iterations since that point. To go back to that place, and to be surrounded by so much talent, and to be included in so many amazing contributions to theater, is humbling.”

Take Me Out co-stars Jesse Williams and Jesse Tyler Ferguson join Oberholtzer in the Best Featured Actor in a Play category, something he thinks is worth celebrating. “I think we’re all on the same page about how important this is, but also, this is not some type of a destination,” Oberholtzer said. “It’s an acknowledgement of hard work. It’s acknowledgement of a team effort and we certainly are living in it, and enjoying it, and being grateful for all of it. It’s a moment in time and to be anything less than grateful would be to be unappreciative and would squander it.”

Playing Shane Mungitt requires Oberholtzer to “completely surrender” to the role Greenberg created. “I’ve always been very fond of Richard Greenberg,” Oberholtzer said. “I have personal, deep feelings of affection for him as a person. I think he’s one of our best American playwrights. To be a part of this first Broadway revival and to be asked and demanded of in this way, I’ve certainly never had anything come close to it thus far. I would imagine that it would be very difficult to come close to something like this again.”

The Broadway Show with Tamsen Fadal 2022 Tony Awards Special airs on 100+ stations across the country all weekend and in New York City on PIX11 at 6:30PM ET on Tony Sunday, June 12.