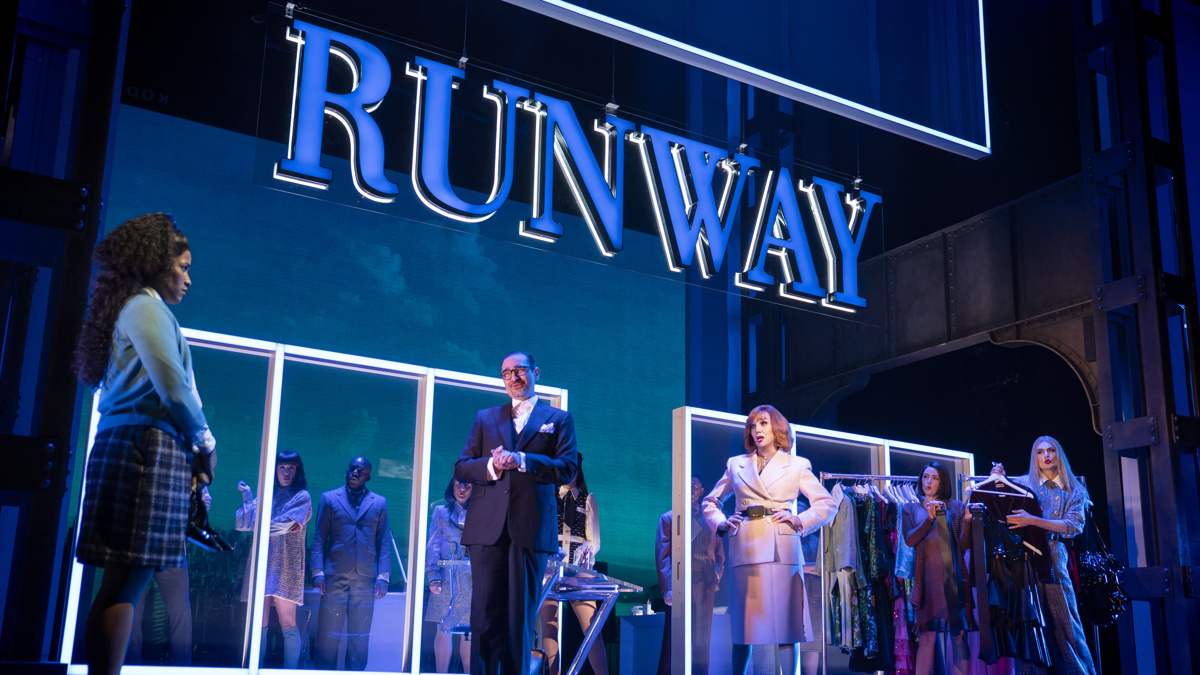 That’s All! See Video and Photos of the Broadway-Bound The Devil Wears Prada Musical

This first look at the Broadway-boundThe Devil Wears Prada musical is better than the new Chanel boots. The production, which is currently running at Chicago’s James M. Nederlander Theatre, is based on Lauren Weisberger’s bestselling 2003 novel and the 2006 film of the same name. Features music by Elton John and lyrics by Shaina Taub, The Devil Wears Prada follows Andy Sachs, a smart but drab aspiring journalist who gets sucked into the glamorous world of the elite fashion magazine Runway and the servitude of its cutthroat editor, Miranda Priestly. Tony winner Beth Leavel and Taylor Iman Jones take on the roles of Priestly and Sachs, respectively, along with Javier Muñoz as Nigel Owens, Christiana Cole as Lauren, Megan Masako Haley as Emily Charlton, Tiffany Mann  as Kayla, Michael Tacconi as Nate Angstrom and Christian Thompson  as Christian Thompson. Get a glimpse of the production below!