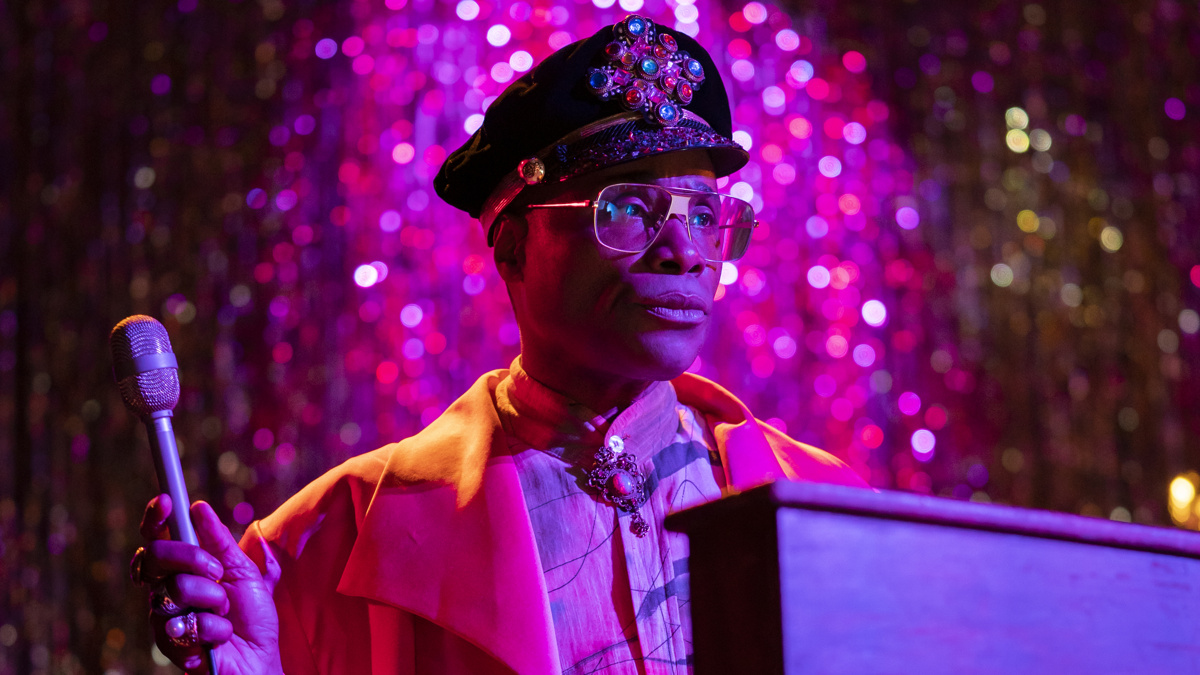 The newest episode of Broadway Profiles features an interview with Tony and Emmy winner Billy Porter. He spoke with Broadway.com Editor-in-Chief Paul Wontorek about playing Pray Tell on Pose‘s third and final season and the show’s impact.

Porter said that seeing the character of Belize in Tony Kushner’s masterwork Angels in America influenced him. “It was the first time that I had seen any representation of myself in the sense of the Black gay man being a real human being and being the moral compass of this epic, seven-hour extravaganza. He’s flamboyantly queer and grounded and a human. I thought, ‘Wow, that’s exactly who I am. That’s the kind of work I want to be doing,'” he said. “Pray Tell is a manifestation of me requesting that from the universe all the way back then. If I don’t ever do another thing in my life, Pray Tell and Pose has been enough.”

And yet—the camera can’t get enough of Porter. As previously announced, he’s set to play Fab G, the fairy godparent, in the upcoming live-action movie musical remake of Cinderella, starring Camila Cabello and Idina Menzel. “It’s a Cinderella for the modern age. She wants to be a business woman. She don’t care about no prince. It’s female empowerment. It’s inclusive. It has tons of diversity,” he said. “It really embraces the fact that magic has no gender.”

Porter also discussed directing the upcoming rom-com What If?, new music and more. “I’m doing everything, child,” he told Wontorek. Check out the interview below, and head here to check your local listings for Broadway Profiles. Hosted by Emmy-winning anchor Tamsen Fadal and powered by Broadway.com, it is the only nationally syndicated weekly theater news program.