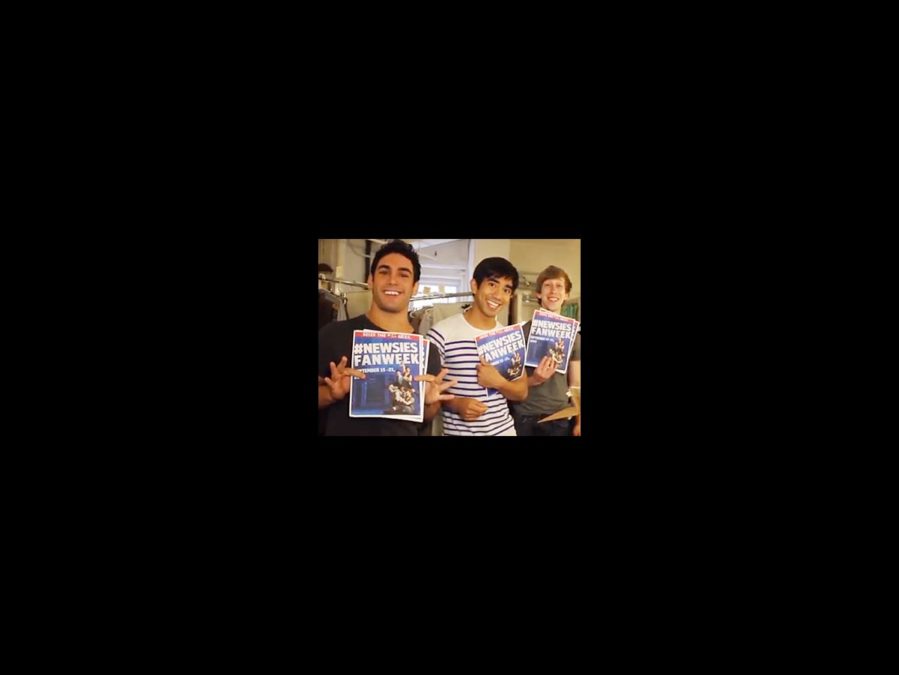 Watch Newsies Stars Offer Up the Scoop on Their Fan Appreciation Week!


Disney’s high-kicking family musical Newsies is commemorating the second anniversary of their first performance with a week-long celebration of the "fansies" who have kept them going. On September 15, 2011, Newsies debuted at the Paper Mill Playhouse, then, thanks to enthusiastic audiences, the show found its way to Broadway for a limited run—which was soon extended to an open-ended run as a result of the fans’ outpouring of love. Needless to say, the fans have played a huge part in Newsies’ success, and so from September 15 through September 21, the cast of the Broadway tuner is giving back during the first ever Newsies Fan Week. Check out the video below to learn more about the week’s events, which include new trading cards, music videos and a live chat with the stars.